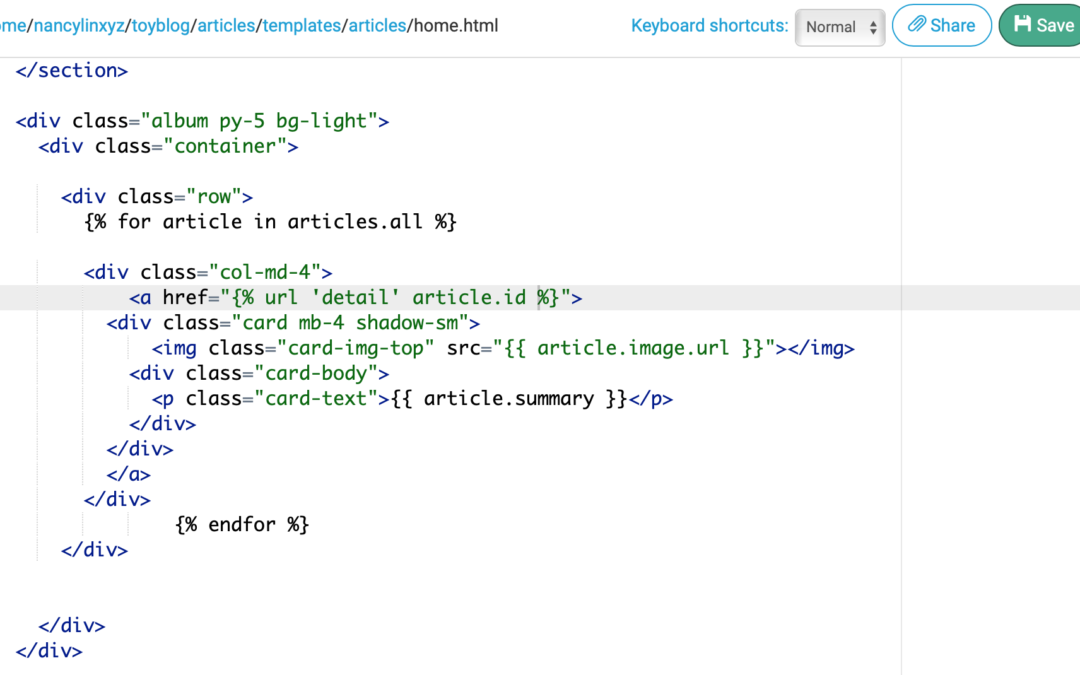 This simply website is my first web app. It’s written in Python using the Django framework connected to a mySQL database. Seeing it live on the internet gave me a buzz about the same size as making it on BuzzFeed! That’s another story for another day.

Over the last 8 years I have built many feature-rich WordPress websites. Since 2016 I want to progress to the next logical level – web app development. In the past, I have attempted to use WordPress to build high fidelity mockup/MVP but it was clunky and the work can’t be used in the actual application.

By late 2018, my then boy friend (now husband) finally got tired of hearing my years of complaints so he suggested that I pick up where I left off with computer science in 2005. This led to me taking 2 computer science major classes at UNBC in 2019. I thought I was ready then, but once I started web development even setting up the development environment was a jarring task. I found the amount of knowledge and information overwhelming: virtual machines, Docker, micro services, hosting configurations, etc. It felt like I needed a degree before I can code!

Early this year I became a mom. Breastfeeding my new born made me realize how much time I wasted in my life up till then. It’s a realization you can only get when facing the choice of going to the bathroom, eating or sleeping. If you have trouble with prioritization, time management, and are sometimes overcome by indecisiveness, I highly recommend giving breastfeeding a new born a try! You will never see things the same way again.

When I started web app development again this month, I quickly realized I needed a better and more focused strategic direction if I wanted to get anything done and keep my baby happy (she just woke up looking for milk). That’s when I decided to develop on Python Anywhere. It’s a hosting, IDE, terminal all in one for Python & related frameworks. It takes years of learning and hours of tinkering with the configurations out of the equation.

Within 5 minutes I was up and running writing Python code in the Django framework – actual web development that would be live on the internet! Something I have been looking forward to doing for 2 years!

My current plan is to write 2 more web apps using Django to get a better understanding of how the framework works. One is a food ordering app, the other one is a membership web app.

I'm a new mom & an entrepreneur trained in engineering and finance. I enjoy designing systems.